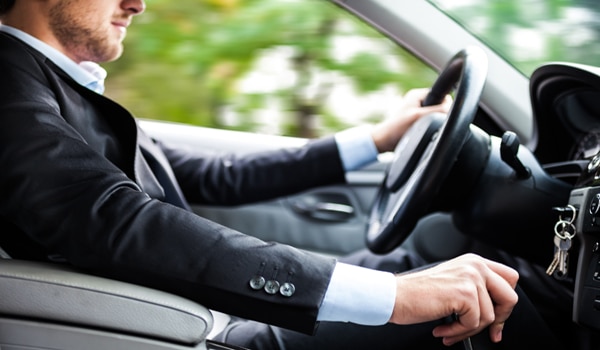 According to new research two in three company car drivers typically spend more time sitting in their company car than they do sitting on their sofa at home and only one in three really enjoys driving.

The survey, carried out by Skoda, reveals that company car drivers spend almost three years of their career behind the wheel of their company car and cover nearly half a million miles.

But although the mileage covered seems to be a lot, it actually works out to be an average of 235 miles a week, which isn’t much different to the distance covered by the typical UK motorist and the time spent behind the wheel works out at just 13 hours per week, four of which are likely to be spent stuck in traffic.

The Skoda survey of 1,000 company car drivers also revealed that on average 355 business calls are made and 259 deals are closed from the driver’s seat each year.

The average company car driver will send six work-related text messages per week while on a roadside break, they will lose their temper at the wheel 307 times a year and a third will play loud music before a business meeting to get themselves in the right frame of mind, with The Killers’ Mr Brightside found to be the most popular song choice.

The eating habits of company car drivers were also uncovered and revealed that on average, six sandwiches and six bags of crisps are consumed in the car each week together with 12 hot drinks, which is probably why drive-through coffee shops seem to be appearing everywhere.

A fifth of company car drivers said they enjoyed their time in the car as it’s the only ‘me time’ they get to themselves and almost three quarters preferred to drive without any passengers. Just under half said the time they spent in the car allowed them to think about work and make plans in their head, while four in ten had used the time to make a life changing decisions, especially when they are stuck in traffic.

According to Henry Williams, Head of Fleet for Skoda UK, “the car is more than just a vehicle. For many, it’s a mobile office, so technology such as Apple CarPlay and Android Auto, wifi hotspot and an infotainment system that keeps you up to date with the latest news channels, weather and fuel prices are as much as necessity as a nice to have.”

“We know consumer requirements are evolving all the time so our research ensures our cars are always relevant for the driver.”