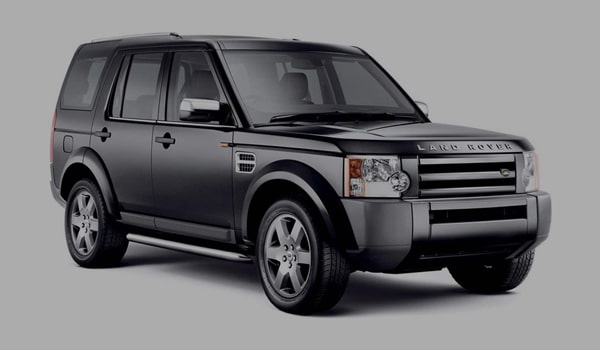 Today has been officially declared World Land Rover day to mark the 70th Birthday of the iconic four-wheel-drive all-terrain vehicle.

This year marks the 70th anniversary of Land Rover and April 30 has been chosen as it was the very day that the Land Rover made its debut at the 1948 Amsterdam Motor Show.

Since the Land Rover was first unveiled on the Amsterdam stage the brand has undergone some turbulent times and been owned by British Leyland, Rover Group, BMW, Ford and Tata Motors – who created Jaguar Land Rover Limited as a British-registered and wholly owned subsidiary.

Land Rover, just like Jaguar, has struggled through a number of recessions, fuel crises and the sad demise of the UK motor industry, but both iconic British marques have turned a big corner following the £1.7 billion Tata acquisition ten years ago.

Inspired by the Second World War Willys Jeep used by the US Army, Land Rover started life building practical vehicles with conversions into military trucks, ambulances and police vans to tackle some of the world’s toughest terrain.

The Land Rover was a ground-breaking vehicle at the time and was even granted a royal warrant by King George VI in 1951.

Since its launch in 1948 Land Rover has gone on to enjoy huge success all over the world and over 7 million have been sold globally.

Sadly, after 67 years, production ended in 2016, although a new Defender is expected to go on sale next year after a three year absence.

The Land Rover Discovery was introduced in October 1989 and was initially only available as a three-door version. The five door version became available a year later.

In 1992, the Discovery received several additions and improvements including offering a more traditional beige colour to the interior as well as the distinctive light blue.

In 1998, the Discovery series 2 was introduced, followed six years later by the Discovery 3. in the summer of 2009 the Discovery 4 was launched, featuring altered front and rear light units and a restyled front grille and bumper.

A number of mechanical changes were also made to address reliability issues, such as improvements to engines and gearboxes, brake and suspension. The interior was also upgraded with a more luxurious and contemporary feel with greater luxury and technology levels available.

The fifth-generation, Discovery 5, was unveiled in 2016 and saw several changes over its predecessors. The Discovery 5 was based around Land Rover’s aluminium architecture, first seen on the Range Rover (L405). The use of the aluminium chassis and body panels gave a weight loss of up to 480 kg and combined with a new aerodynamic design, achieved much better fuel efficiency

The Land Rover Freelander was produced in both two-wheel and four-wheel drive versions, from 1997 to 2014.

The first-generation, was launched in October 1997 and was Europe’s best-selling four-wheel drive model for five consecutive years until 2002.

The second generation, Freelander 2 was launched in 2007 and benefitted from an improved interior with more safety features as standard.

The Freelander was replaced by the Discovery Sport in 2014.

The second-generation Range Rover (P38A) was introduced in 1996 with an updated version of the Rover V8 engine. There was also the option of a 2.5-litre BMW six-cylinder turbo-diesel engine, which was a result of BMW’s subsequent ownership of Rover Group.

In 2002, the third-generation model was introduced. Developed under BMW ownership, it was to share a number of components and systems with the BMW 7 Series (E38) and was designed to accommodate BMW’s 4.4 litre M62 V8 engines for future models.

The fourth generation Range Rover was launched in 2012 under the Jaguar Land Rover subsidiary of Tata Motors.