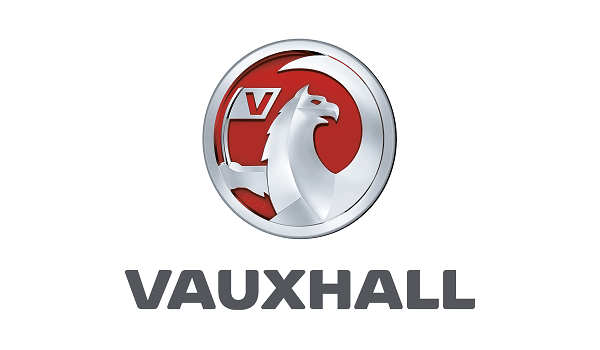 Vauxhall, Britain’s oldest established car-maker has reached its 120th Birthday and what an incredible life the Luton based manufacturer has had so far.

Having helped with victory in two World Wars, Vauxhall became a household name, was bought by the Americans and has just been sold to the French …

Vauxhall began life quietly as the Vauxhall Iron Works Company in 1897, a company created to run the bankrupt engineering firm, Alex Wilson and Company – a specialist pumps and marine engines business founded in 1859.

Six years later, In 1903, Vauxhall built its first car, a five-horsepower single-cylinder model which used a stiller to steer. Initially it had two forward gears and no reverse gear and approximately 70 were made in the first year. The model was quickly improved by adding a steering wheel and a reverse gear was added in 1904.

A year later the company moved to Luton and continued as the Vauxhall Iron Works Company until 1907, when it was renamed Vauxhall Motors.

Much of the early success of Vauxhall Motors can be attributable to Laurence Pomeroy. An assistant draughtsman who joined the company in 1906 and in less than two years, the twenty-two year old had become the chief designer.

Pomeroy’s first design was the Y-Type Y1, a development car capable of 55mph and so far ahead of all other cars of any class at the time. The Y-Type Y1 was so successful in track tests that it was decided put the car into production as the A09, which later spawned the A-Type – a car capable of 100mph.

The advent of the First World War halted mass production in 1914 and the company focused on producing large numbers of the ‘D-type’ for use as staff cars for the British forces.

After the war the D-type remained in production, together with a sporty E-type, but the company, its early success hampered by war, struggled to make a consistent profit and Vauxhall had to look for a major strategic partner.

General Motors bought Vauxhall for US$2.5 million in 1925 and began to take the company in a different direction. In 1930 the low-cost two-litre Vauxhall Cadet was produced and a year later, the first Bedford truck.

The Second World War halted mass production for a second time, to allow Vauxhall to work on the new Churchill tank. More than 5,600 Churchill tanks were built at the plant in Luton, where they also produced around 250,000 lorries to aid Britain’s war effort.

Normal service resumed after the war and the partnership with General Motors helped the company to mass produce much more than they could before the outbreak of war.

A second manufacturing plant to supply components to the production lines in Luton was opened at Ellesmere Port, Cheshire, in 1962 and less than two years later the plant began passenger car production.

In 1963 the Vauxhall Viva started production. A small family car to compete with the Morris Minor and the Ford Anglia, the  Viva also had a German version called the Opel Kadett.

Vauxhall became a Royal Warrant Holder: Motor Vehicle Manufacturers to HM The Queen in 1967 and by the end of the decade was achieving large sales on its most popular models, including the Viva and the larger Victor – built to compete with the Ford Cortina.

Unfortunately the Victor was only victorious in name and was losing its war with the Cortina, Ford, as well as British Leyland were the market leaders and Vauxhall were well behind them on sales.

Sales began to increase from the mid 70s, the Chevette was in production and Vauxhall began phase two of their bid to conquer the Cortina with the launch of the Cavalier.

The Cavalier helped Vauxhall to regain lost ground against its nemesis, while the Chevette proved to be hugely popular in the growing supermini category.

Vauxhall’s market share had been boosted substantially and it was closing the gap on Ford and British Leyland.

By the end of the decade Vauxhall launched the Carlton and strengthened its position in the executive car market. The Carlton was followed by the Senator, a more upmarket saloon, launched initially under the Opel brand.

The 80s began with the Astra. Vauxhall’s move into the modern family hatchback market and replacement for the ageing Viva. The Astra very quickly became popular, although it was basically a rebadged version of the first front-wheel drive Opel Kadett, which had been launched in 1979.

The Astra went on to become Britain’s second best selling car in 1984 and 1985, and spent most of its production life fight for ground against the Ford Sierra – Son of Cortina.

The Nova followed, marking the end of the road for the Chevette.

The beginning of the decade also saw the the release of the Mk2 Cavalier. This was the car that really turned Vauxhall’s fortunes, Cavalier sales for 1982 nearly trebled compared to the previous year and sales of the Vauxhall brand more than doubled.

The Luton-built Mk3 Cavalier entered its third generation in 1988 – with an all-new sleek design that further enhanced its popularity.

The Calibra coupé followed in 1989 and at the time of its launch it was officially the most aerodynamic production car in the world.

By the beginning of the 90s the Cavalier was firmly established as the most popular large family car in Britain, while the newly launched Astra was narrowing the gap with the best-selling Ford Escort.

The Nova was discontinued in 1993 in favour of the all-new Corsa, which began attracting more sales than its predecessor had ever done.

During this boom time for Vauxhall in car manufacturing, the commercial vehicle arm was the complete opposite. After successfully making vans, trucks and lorries since the 1930s, production of Bedford Vehicles ceased due to declining profits.

The mid-90s saw the Omega replace the Carlton and in 1995, after twenty years, the Cavalier was dropped.

The end of an era?

The new Vectra was the successor to the Cavalier and although it received its share of disappointing feedback from the motoring public.

In 1998 a Top Gear customer satisfaction survey condemned the Vauxhall Vectra as the least satisfying car to own in Britain, yet despite this, it was still a very popular car with the British public, even outselling the Ford Mondeo for a brief spell.

A year later in another Top Gear customer satisfaction survey the Vauxhall marque was ranked last.

Shortly after the release of the seven-seater compact MPV Zafira in 1999, Vauxhall announced that car production would be ceasing at Luton in 2002 and the all-new Vectra would be produced at Ellesmere Port alongside the Astra.

In 2002 the Astra was Britain’s third best-selling car, while the Vectra and the Zafira were just outside the top ten.

The Vauxhall Omega ended production in 2003 after nine years and a year later the fifth generation Astra was launched and recieved praise all around for its dramatic styling.

The new Astra was an instant hit with British buyers and it was the nation’s second best-selling car in 2005 and 2006, vying with the Ford Focus for top spot.

The Astra was adopted by many police forces across the UK as the standard patrol vehicle (panda car).

The Frontera ended production in 2004 after 13 years, with no direct replacement, and in 2007 Vauxhall’s new 4×4, the Vauxhall Antara, was released, quickly followed by the VXR8.

The beginning of the latest decade saw the launch of the Vauxhall Movano and a new Meriva and in 2011 the Ampera E-Rev – short for extended range electric vehicle – went on sale in the UK. The Ampera E-Rev also won the ‘European Car of the Year’.

On 6 March 2017, General Motors (GM) and Groupe PSA announced their agreement that PSA will buy GM’s Vauxhall and Opel subsidiaries in a deal worth 2.2 billion Euro and in September of the same year Vauxhall’s official company name was changed from ‘General Motors UK Limited’, back to its original, ‘Vauxhall Motors Limited’.

General Motors had announced five years earlier, in 2012, that it intended to move much of the production of the Astra from mainland Europe to the UK. GM also said that it would invest £125 million in the Ellesmere Port factory and spend about £1bn in the UK component sector.

Vauxhall Motors has been making cars in Britain for longer than any other car manufacturer and the brand has become a household name. Today there are over 3.5 million Vauxhalls on UK roads and your chances of seeing one are better than one in ten.

Fingers crossed that Groupe PSA continue with the UK investment and stick true to their word that Vauxhall would remain a “true British brand”.

Vauxhall have produced some very fine cars over the years and we are proud to manufacture tailored Vauxhall car mats in luxury velour and heavy duty rubber for most Vauxhall models. Whether you drive a classic such as the Cavalier, an earlier or later model of the Astra, Corsa or Vectra or the later models such as the Zafira, Meriva, Mokka, Adam, or the latest Viva, we will have the right mats for your Vauxhall.