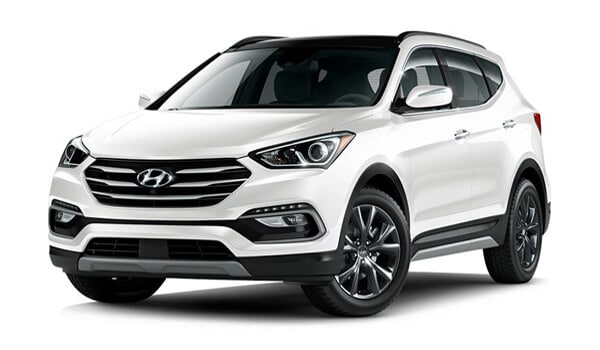 Fingerprint scanners will now be used to unlock and start your car, as Hyundai have announced that the technology will initially be available on its 2019 Santa Fe SUV.

The South Korean manufacturer is making the feature available in select markets (as yet unknown) in the first quarter of this year before making it more widely available.

Drivers will soon be able to buy cars with fingerprint readers built in, allowing them to unlock doors and start the engine.

The fingerprint sensors will be located on door handles and on the ignition button, and according to Hyundai the technology is much more secure than a traditional car key.

The car maker says that the chance of mistaking another person’s fingerprint as the actual driver’s is 1 in 50,000, making it five times more effective than conventional vehicle keys, including smart keys.

The more the sensor is used, the better it will get at detecting the driver’s digits, ensuring it is the right person who is attempting to access the vehicle.

As well as unlocking doors, your fingerprint can now be used to start the engine.

The unlocking and engine start features are just a couple of benefits of the fingerprint technology however, as it can also be used to create profiles for different users.

This will allow the vehicle to automatically adjust seating positions, connected car features and side-view mirror positions to fit a particular driver’s needs.

Hyundai’s Head of Research & Development Division, Albert Biermann said that there are “plans to further expand the application of the technology to allow the adjustment of temperature, steering wheel position, and many other features which will be tailored to driver’s preferences.”

At the moment it is unclear whether the fingerprint technology will be available as a standard feature or an optional extra.