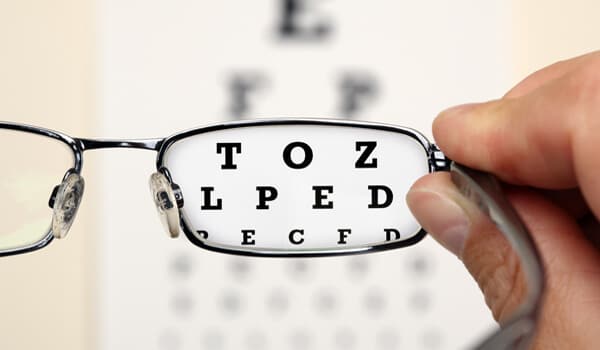 Drivers who are stopped by the police will have their licences immediately revoked if they fail a a new on-the-spot eyesight test, as part of a crackdown on road safety.

Throughout September, every motorist stopped by officers in three pilot areas, Thames Valley, Hampshire and West Midlands, will have to pass a basic vision test before being allowed to continue driving. If the driver cannot read a number plate clearly from a distance of 20 metres they will have their licence revoked on the spot.

The one-month trial scheme, supported by road safety charity Brake. will also allow the police to collect data and assess the extent of the problem nationwide, in order to gain an improved understanding of the extent of poor driver eyesight on UK roads, which is thought to be very underreported in Government statistics.

Under the existing rules it is up to a car driver to inform the DVLA if they have any eyesight problems, with the only mandatory examination taking place during the practical part of the driving test. However the police do have the power to revoke a licence via the DVLA if they feel the driver poses a threat to other road users.

Brake, alongside Vision Express, is urging the Government to tighten up UK laws on driver vision and make eyesight testing compulsory before the driving test and each time a driver renews their photocard licence.

A recent survey by Vision Express showed that 75 per cent want a recent eye test to be mandatory when renewing a driving licence.

Joshua Harris, director of campaigns for Brake, said: “It is frankly madness that there is no mandatory requirement on drivers to have an eye test throughout the course of their driving life.

“Only by introducing rigorous and professional eye tests can we fully tackle the problem of unsafe drivers on our roads.”

“Tip of the iceberg”

Jonathan Lawson, chief executive of Vision Express, said: “We believe official Government statistics on the impact of poor sight on road safety are the tip of the iceberg and we know the public feel the same as we do about tackling poor driver vision.”

Research by the Association of Optometrists published in November last year found that more than a third of patients who had been seen in the previous month had continued to drive despite being told their vision was below the legal standard.

A study in 2012 by insurance firm RSA estimated that poor vision caused 2,874 casualties in a year.

Sergeant Rob Heard, representing the police forces taking part in the campaign, said: “Not being able to see a hazard or react to a situation quickly enough can have catastrophic consequences.”

He warned that officers will be carrying out eyesight checks “at every opportunity” and under new powers can request the immediate withdrawal of a driver’s licence from the DVLA.

Legislation was introduced in 2013 under Cassie’s Law, named after 16-year-old Cassie McCord, who died when an 87-year-old man lost control of his vehicle in Colchester, Essex. It later emerged he had failed a police eyesight test days earlier, but a legal loophole meant he was allowed to continue driving.