No delays with online orders - thankfully business as usual (within reason) 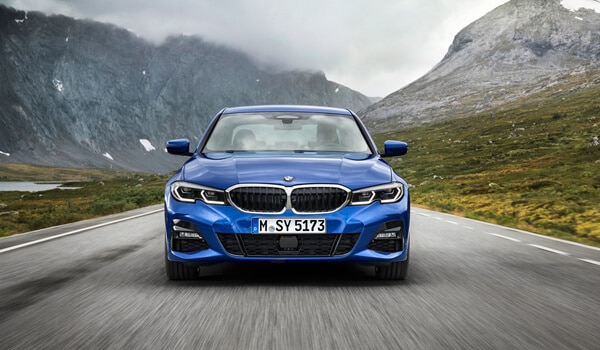 BMW will unveil the new 2019 BMW 3 Series at the Paris Motor Show which begins today.

Codenamed G20, the all-new seventh-generation executive saloon is larger, lighter and more efficient, and continues BMW’s evolutionary design philosophy that has underlined every new 3 Series since it was first launched in 1975.

The new 3 Series benefits from a longer wheelbase, which increases the cabin space and gives an extra 11mm of rear legroom and more headroom for those in the front and back.

The rear seats can accommodate three child seats and with the rear seats left up the boot space is 480 litres. The new 3 Series also has larger doors to make getting in and out that much easier.

BMW have also thrown in more kit as standard, with the entry-level model featuring an 8.8-inch central touchscreen infotainment system, increasing to a 10.3-inch system on the M Sport model, voice recognition devices and a suite of driver-assistance devices, including self-parking tech.

Apple CarPlay is standard across the range, although drivers will have to pay for a subscription service after the first year.

The 3 Series also comes with a digital key, allowing it to be locked and unlocked from a smartphone.

A range of four-cylinder engines are available in the 320d diesel and 330i petrol. The diesel produces 190PS with peak torque of 400Nm, taking it to 62mph in 7.1 seconds (automatic: 6.8 seconds), while the four-wheel-drive xDrive version takes 6.9 seconds.

Tailored car mats for the new BMW 3 Series will be added to our existing range of BMW 3 Series car mats and should also be available in March of next year.

BMW will also be showcasing the new generation of the X5 SUV and the sporty M5 Competition sedan as well as the world premiere of the new Z4 roadster.

The Z4, which BMW describes as a “contemporary interpretation of the traditional roadster concept,” comes most notably with an electrically operated fabric hood and a sleek interior design. Driver-oriented, the cockpit focuses on the pleasure of driving and features BMW’s latest operating system (7.0). The Z4 will be available in three versions, with the most powerful being the Z4 M40i with its 340-horsepower inline-six-cylinder engine.

The X5 promises an even more spacious and robust design. Featuring a new chassis system, and an “Offroad Package”, a available for the first time, allowing the driver to change the setup of the vehicle quickly to suit the terrain.

The BMW M5 Competition, the the most powerful version of BMW’s high-performance sedan, comes with a 625-horsepower V8 engine, promising 0-60 in just over 3 seconds.