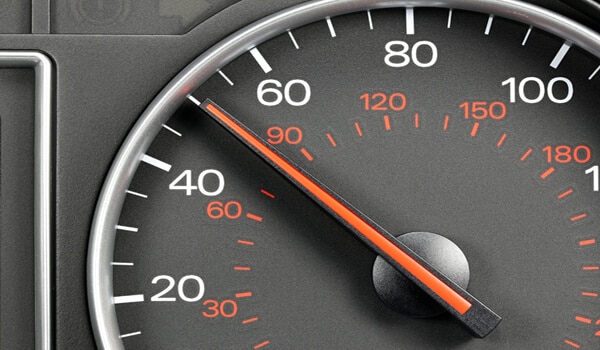 According to research undertaken by Auto Express, many car speedometer readings are not as accurate as they could be.

The results, taken from a sample of 10 models from leading car manufacturers, including BMW, Volvo, Peugeot, Kia, Skoda, Mazda, Dacia and Seat, showed that it would be wise for driver’s not to put too much trust on the accuracy of their cars’s speedo.

By law car speedometers are not allowed to ‘under-read’, i.e. they can’t tell you you’re going more slowly than you really are, but they are allowed to over-read – by up to 10 per cent plus 6.25mph. So they could read 50.25mph at 40mph.

All the cars tested were well within the legal limits, but although some speedo’s read with near-perfect accuracy, others were out by up to 3mph.

The test involved setting the test cars to 30, 50, 60 and 70mph using the built-in speed limiter or cruise control, to ensure a steady speed and using a VBox – a clever and very accurate bit of tech that uses a GPS signal to measure a car’s speed – to give a fair idea of the discrepancy between the actual and the indicated speed.

The most inaccurate, according to the test, was the Kia e-Niro First Edition which was 3mph under on all four tests.

AA president Edmund King welcomed the test, saying, with speedometers becoming increasingly accurate, “Auto Express’s testing is a valid reminder to drivers not to gamble on their speedo perhaps providing some leeway”.