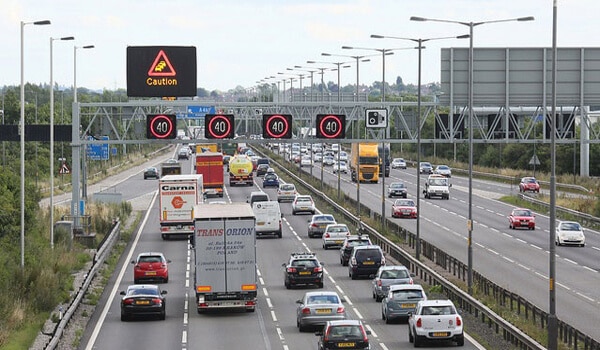 New rules provisionally agreed by the EU regarding speed limiting technology look set to become mandatory for all vehicles sold in Europe from 2022.

The Department for Transport said the system would also apply in the UK, despite the outcome of the Brexit negotiations.

Road safety campaigners welcomed the decision, saying it would save thousands of lives.

EU Commissioner Elzbieta Bienkowska said: “Every year, 25,000 people lose their lives on our roads. The vast majority of these accidents are caused by human error.

“With the new advanced safety features that will become mandatory, we can have the same kind of impact as when safety belts were first introduced.”

How does speed limiting technology work?

Under the ISA system, cars receive information via GPS and a digital map, telling the vehicle what the speed limit is. This can be combined with a video camera capable of recognising road signs.

The system can be overridden temporarily. If a car is overtaking a lorry on a motorway and enters a lower speed-limit area, the driver can push down hard on the accelerator to complete the manoeuvre.

A full on/off switch for the system is also envisaged, but this would lapse every time the vehicle is restarted.

Ford, Mercedes-Benz, Peugeot-Citroen, Renault and Volvo already have models available with some of the ISA technology fitted so in theory it’s already coming into use.

However, there is concern over whether current technology is sufficiently advanced for the system to work effectively.

In particular, many cars already have a forward-facing camera, but there is a question mark over whether the sign-recognition technology is up to scratch.

Other approved safety features for European cars, vans, trucks and buses include technology which provides a warning of driver drowsiness and distraction, such as when using a smartphone while driving, and a data recorder in case of an accident.

According to Theo Leggett, business correspondent at the BBC: The idea that cars will be fitted with speed limiters – or to put it more accurately, “intelligent speed assistance” – is likely to upset a lot of drivers. Many of us are happy to break limits when it suits us and don’t like the idea of Big Brother stepping in.

However, the new system as it’s currently envisaged will not force drivers to slow down. It is there to encourage them to do so, and to make them aware of what the limit is, but it can be overridden. Much like the cruise control in many current cars will hold a particular speed, or prevent you exceeding it, until you stamp on the accelerator.

So it’ll still be a free-for-all for speeding motorists then? Not quite. Under the new rules, cars will also be fitted with compulsory data recorders, or “black boxes”.

So if you have an accident, the police and your insurance company will know whether you’ve been going too fast. If you’ve been keeping your foot down and routinely ignoring the car’s warnings, they may take a very dim view of your actions.

In fact, it’s this “spy on board” which may ultimately have a bigger impact on driver behaviour than any kind of speed limiter. It’s easy to get away with reckless driving when there’s only a handful of traffic cops around to stop you. Much harder when there’s a spy in the cab recording your every move.

All of this may well reduce accidents, but it won’t eliminate them. You can force people to slow down, you can watch what they’re doing, you can help them with emergency braking – but you can’t get rid of basic bad driving.

Unless, of course, you have self-driving cars.

How has the idea of speed limitation technology been received?

The move has been welcomed by the European Transport Safety Council, an independent body which advises Brussels on transport safety matters. But it said it could be several months before the European Parliament and Council formally approve the measures.

The European Parliament will not be able to consider the provisional rules until after its elections take place in May.

UK statistics show more than 1,700 people are killed on UK roads every year, while Brake says speed is a contributory factor in about a quarter of all fatal crashes.

“These measures will provide the biggest leap forward for road safety this century.”

The UK’s Department for Transport said: “We continuously work with partners across the globe to improve the safety standards of all vehicles. These interventions are expected to deliver a step-change in road safety across Europe, including the UK.”

The Association of British Insurers held out the possibility that premiums could be reduced as a result.

It said: “Motor insurers support measures aimed at improving road safety. Any steps that can be shown to make our roads safer, reducing road crashes and insurance claims, can be reflected in the cost of motor insurance.”

What do the critics say?

The AA thinks the system might have the unintended consequence of making drivers a bit more reckless, not less as intened.

AA president Edmund King said there was no doubt that new in-car technology could save lives, adding there was “a good case” for autonomous emergency braking to be fitted in all cars.

“When it comes to intelligent speed adaptation, the case is not so clear. The best speed limiter is the driver’s right foot.

“The right speed is often below the speed limit – for example, outside a school with children about – but with ISA, there may be a temptation to go at the top speed allowed.”

Mr King added: “Dodgem cars are all fitted with speed limiters, but they still seem to crash.”