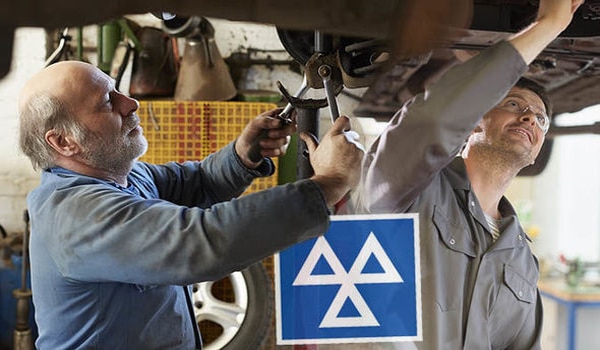 This weekend the MOT test will be changing and it has been estimated that an extra 115,000 cars could be back on UK roads as they no longer need an MOT test.

One of the new MOT rule changes will allow cars over 40 years old to be on the road without a test, as long as the car hasn’t been heavily modified.

From Sunday (20th May), owners of any car over 40 years old will simply have to declare every year that the car meets the rules for not needing an MOT test.

More than a hundred thousand cars aged 40-years-old or older could be brought back onto the UK’s roads having previously been registered as being off road, according to research from Kwik Fit,

The researches found that there are a quarter of a million cars (250,239) in the UK which were first registered between 1960-78 and out of these, 116,927 are currently declared as being off road with a Statutory Off Road Notification (SORN).

The rule changes could mean that classic MG, Triumph, Volkswagen, Ford and Morris cars are seen a lot more on Britain’s roads again, as these brands have the highest amount of cars aged 40-58-years-old currently registered as being off road.

Drivers of cars aged 40 and over can’t just take their cars to the road however, the new rules do state that if the owner hasn’t been driving the car because it would fail an MOT, they are not allowed to put the car straight back on the road. Failure to take the MOT test to ensure the car’s roadworthiness could result in a fine of £2,500 and three penalty points.

Other changes to the to the MOT test rules will mean that diesel cars will face stricter rules in order to successfully pass the test and three new failure categories have been introduced – Minor, Major and Dangerous.

The new failure categories have been introduced to help make it simpler for motorists to determine whether or not their vehicle is safe to drive.

Still, its great news for drivers of cherished old cars who have yearning to take them on a Sunday drive again. Time to give them a scrub and polish inside and out and dont forget the car mats.

We manufacture luxury tailored car mats for classic MG’s, including the MG MGB and MG Midget in velour or heavy duty rubber.

If you drive a Morris Minor we also manufacture luxury tailored car mats for the Morris Minor from 1956 in velour or heavy duty rubber.

For the classic Escort owner, we manufacture luxury tailored car mats for the Ford Escort MK 2 from 1974, again, in velour or heavy duty rubber.